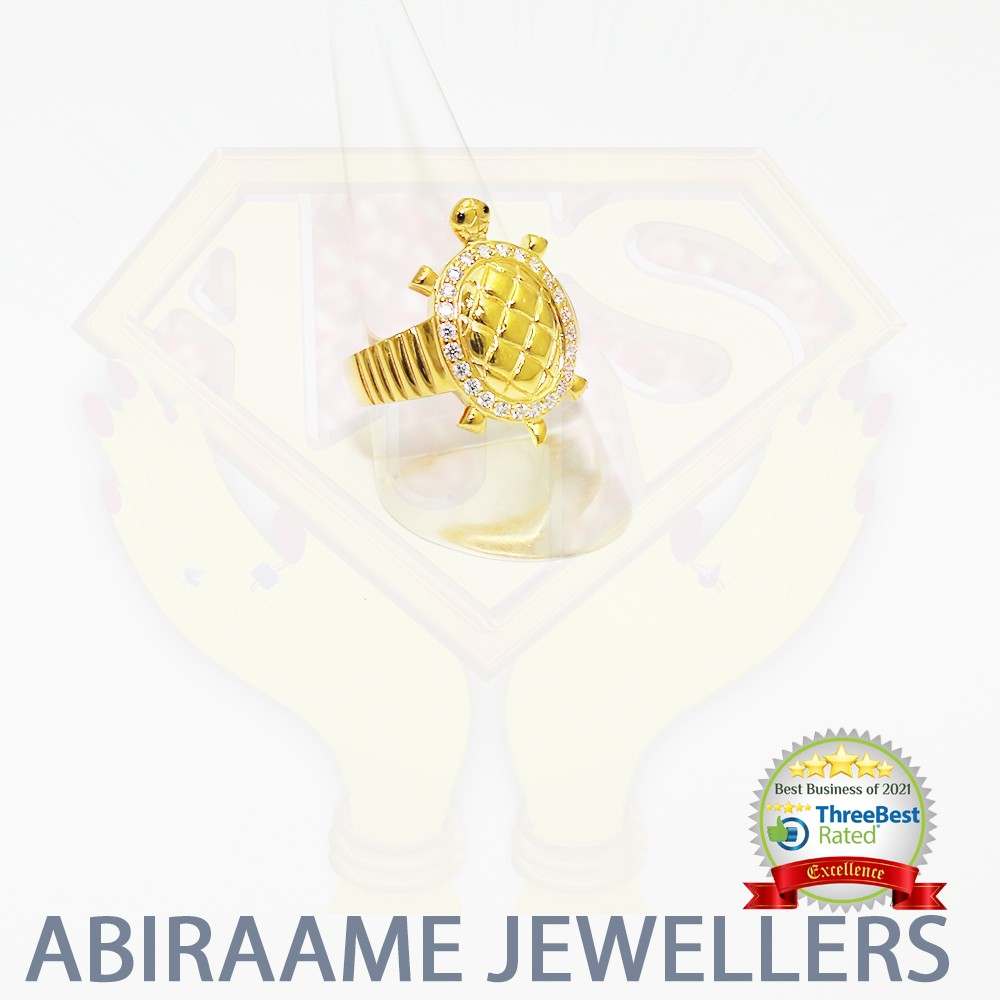 Feng shui objects bring good luck, prosperity and happiness to your homes and gold tortoise rings also do the same.  Among the four celestial animals of the Chinese constellations, tortoise or turtle is the black warrior of the ‘North’.  It symbolizes longevity, protections and support to you and your homes.  Wearing a turtle ring opens new avenues of wealth.  Turtle is basically water-borne and that is the place where goddess Lakshmi originated because of which it is also considered to be a symbol of wealth.

Moreover, connecting heaven and the Earth, there is a mythological belief that the turtle is an incarnation of Lord Vishnu.  It is believed that if you wear a turtle ring gold it makes even the poor into a king.  It also motivates better relationships between married couples or love affairs to attract each other more.  Buy kachua ring online @ Abiraame Jewellers